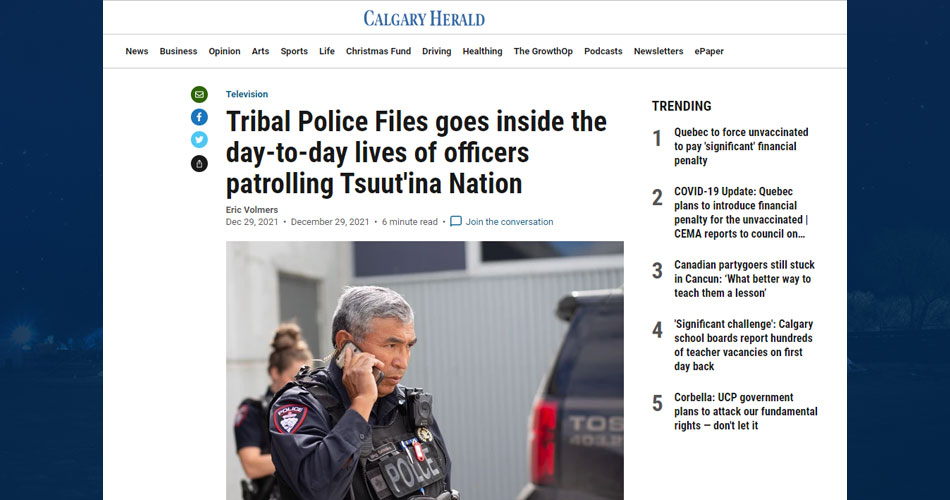 In the upcoming season of Tribal Police Files, there is one segment that seems strangely out of place amid the investigations featured in the unscripted series.

The third and final season of the Aboriginal People’s Television Network show is centred around the Tsuut’ina Nation Police Service. Otherwise known as the Tosguna, which translates to “Black Soldiers,” the service has been patrolling the community of roughly 2,300 band members since 2004. Last summer, two small camera crews accompanied officers on ride-alongs in the territory outside of Calgary.