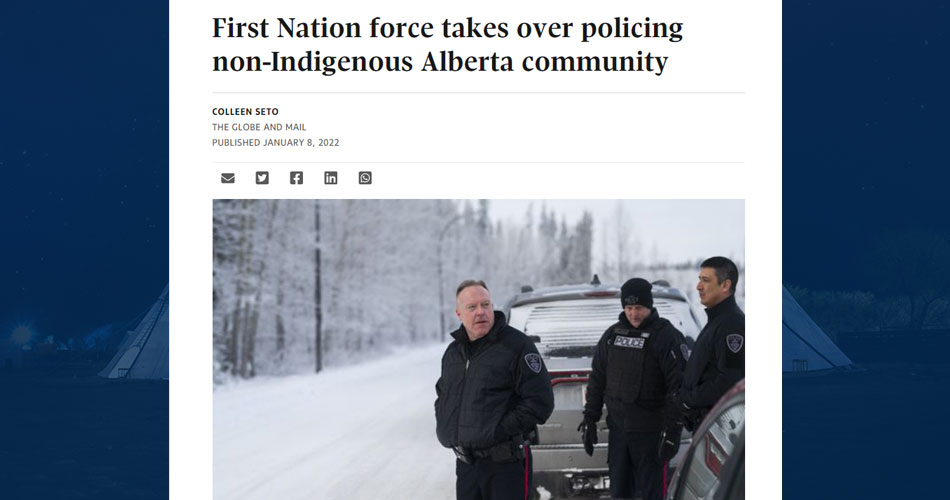 In one of the first arrangements of its kind in the country, an Indigenous police force has taken over policing of a small non-Indigenous town in Alberta – a move leaders from both communities say could become a model for both reconciliation and rural policing in the province.

The Tsuut’ina Nation Police Service, known in the Tsuut’ina language as Tosguna, took over policing in Redwood Meadows, a community 20 kilometres west of Calgary, from the RCMP in November.