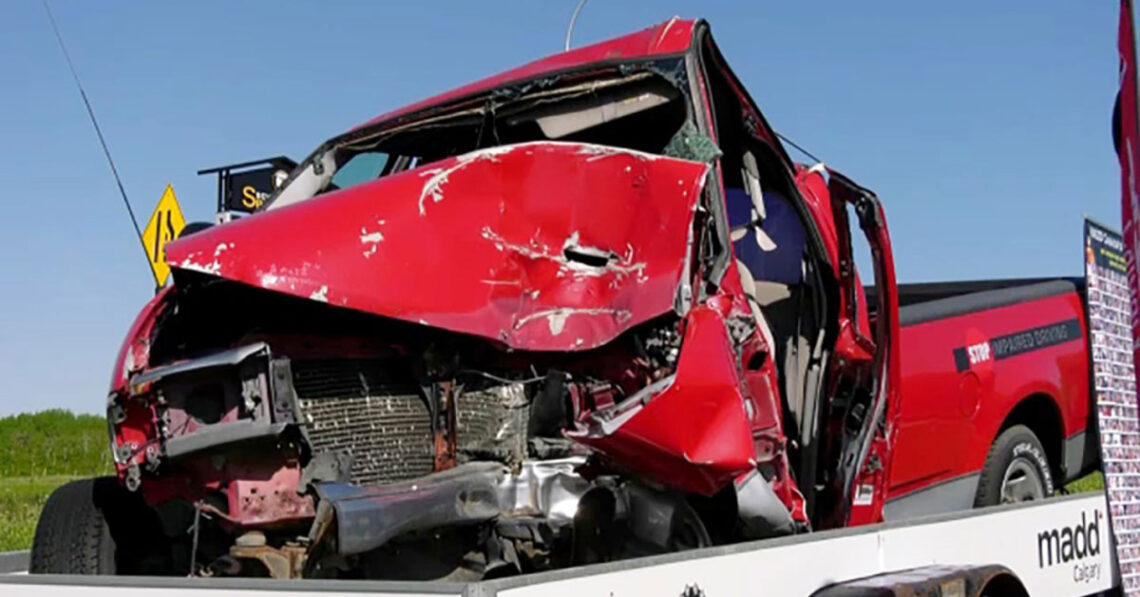 The red Ford F-150 is badly torn up, the pedals nearly touching the front of the driver's seat, the seat belts and doors cut open and away to allow first responders in to save two lives.

The truck crashed into a traffic light pole on Macleod Trail in 2008, killing the driver and leaving the passenger with significant injuries.

The truck is now strapped to a trailer and will tour Calgary neighbourhoods again this summer as a stark reminder of the consequences of impaired driving.

For veteran first responders it brings back memories of too many crashes to count.

"Images of entering vehicles late at night with people who have sustained life altering or life ending injuries," said Insp. Quinn Jacques with Tsuut'ina Nation Police Service. He's been a police officer for more than 30 years and says it's sometimes the smaller, less violent details that are the most haunting.

"The trauma that comes with that," he added. "Seeing a cell phone ring for someone who's not going to pick it up."

The truck will start out in front of the Tsuut'ina Police Station, but will rotate through communities all through the city over the summer.

Tweets by Tsuutinapolice
No event found!