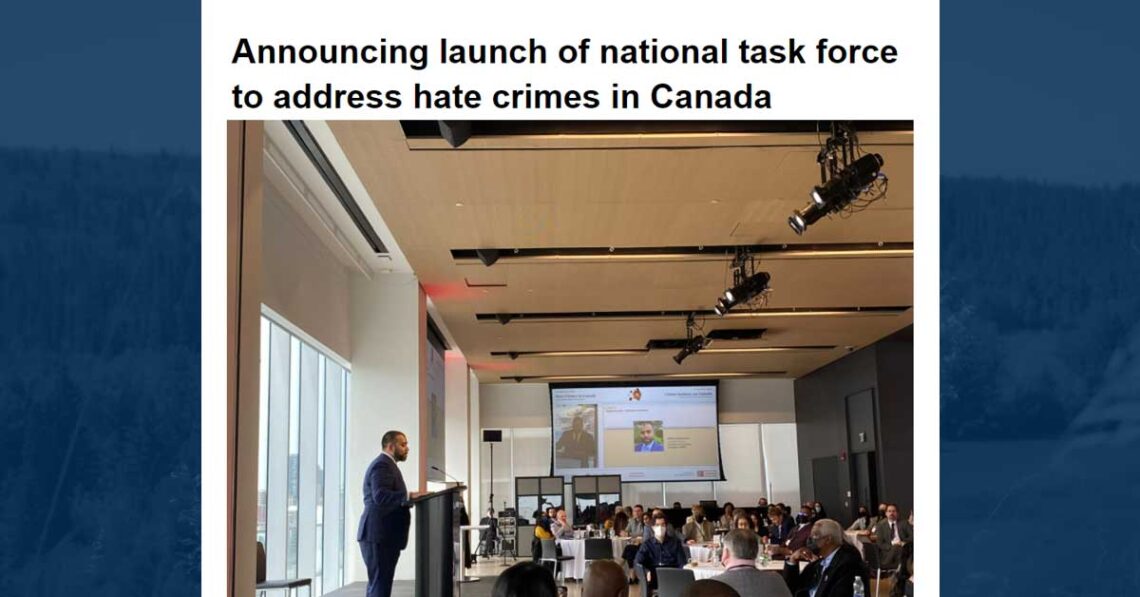 (Toronto, March 22, 2022) – The Canadian Race Relations Foundation (CRRF) and the Chiefs of Police National Roundtable are today announcing the creation of a Task Force on Hate Crimes. The task force will be co-chaired by the CRRF and the Royal Canadian Mounted Police (RCMP).

The announcement was made this morning at a national hate crimes summit taking place in Toronto.

“Hate crimes erode the social fabric of our nation because they send a message to members of minority groups that they are despised and hated. These message crimes put individuals, families, and communities at great risk of harassment, violence, and can be fatal as we have tragically witnessed in too many heartbreaking instances including in London, Quebec City, and in Toronto,” said Mohammed Hashim, executive director at the CRRF and a co-chair of the task force. “This collaborative effort will send a signal to communities that their safety and well-being are a public safety priority.”